Be Not Far From Me by Mindy McGinnis

For me, this was a passionate one day read. I couldn’t wait to reach the end.

It reads like a detailed fever dream. I was at once racing to finish, savoring every word, and scared to turn the page! Ashley is our teenage main character. Raised by a single father in poverty, she grew up spending a lot of time playing outside. Wilderness survival is her hobby. Cross country running is her sport. When a camping trip with her boyfriend and friends goes terribly wrong, Ashley runs drunkenly into the dark woods and falls over. When she wakes up she’s all alone, the bones of her foot are exposed, and she doesn’t know which way the campsite is.

The vast majority of the story is focused on Ashley alone in the forest, near death almost the whole time. We are with her as she tends to her wounds, tries to feed herself, and reflects on her life.

It’s a quick read, under 250 pages, but the journey feels so much longer. Ashley’s character develops immensely over the course of the story, and you can’t help but feel a little changed as the reader too. 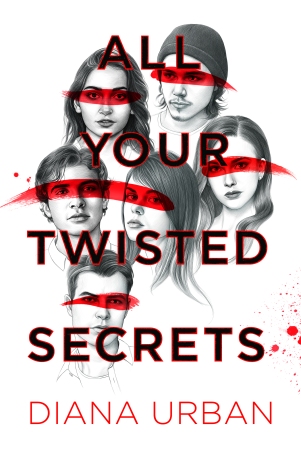 All Your Twisted Secrets by Diana Urban

The perfect readalike for fans of One of Us is Lying. It’s instantly gripping, easy to read, and brimming with twists. A legitimately good YA thriller/mystery.

Five senior students find themselves tricked into psychotic real life escape room. There’s a syringe with lethal poison, a bomb counting down the minutes, and instructions to pick one person to kill or else they all die. The whole time I was wondering: who put them in the room? What are their “twisted secrets?” And who are they going to chose to kill?

There’s romance, accurate representation of teenage friendship, and over-the-top drama. At points it was emotional, at points fun, but the whole time it was exciting. I will say as a trigger warning: in one of the flashbacks there is a detailed scene depicting teen suicide.

Overall I really enjoyed it, and was highly motivated to get to the end quickly. I have already started promoting this novel at high school book talks, and the response has been incredible! More than any other book I talked about, this premise sparked enthusiastic discussion – especially among reluctant readers. 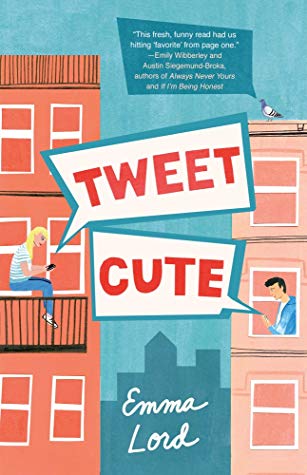 Delightfully “cheesy,” with a pinch of teenage snark. Pepper and Jack are children of rival fast food establishments: one a huge burger chain with a Wendy’s-esque twitter presence, and the other a mom-and-pop deli with killer grilled cheese. They go to the same preppy NYC private school. They’re involved in an over-the-top Tweet War. And they’re falling in love on an anonymous chat app, without realizing who the other is.

Secrets, twists, and dramatic reveals make this YA RomCom compulsively readable. The writing is straightforward and fast-paced, and the characters each had a distinct voice. Really fun reading experience, and a unique premise.

Today I realized that most people never get to see a beach in the snow. I love visiting the water on sunny days in the winter.
This might not be library related in any way, but just look at this snowy lovebug 🥰🥰🥰🥰🥰
While I am deeply missing the in person excitment of #OLASC this year, I have to say... being able to deliver my first major conference presentation from home as a prerecorded session was pretty ideal.
When you are trying really hard to record your conference presentation but keep messing up on the SAME FRIGGEN WORD 🤣🤣🤣
Mrs. Claus flew all the way from the North Pole just to do a virtual visit by the fireplace at my branch! Wow.
Literally impossible to take a photo where both a) I look cute and b) Eddie is looking at the camera 🤣🤦‍♀️