Last week I started a new blog series to practice my annotation skills by writing glowing recommendations for the things I am in the midst of loving. So here is Week #2 of what I read, watched, clicked, cooked, and sipped. 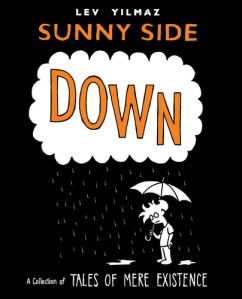 Rather than join the lengthy Hold waitlist for MaddAddam (or buy it for $33 from Chapters, or wait until August 2014 for the paperback), I decided to order it from Amazon. While I wait anxiously for MaddAddam to arrive, I decided to reignite my taste for tragically realistic and sarcastic graphic novels. Sunny Side Down: A Collection of Tales of Mere Existence by Lev Yilmaz is the perfect book for 20somethings willing to laugh at themselves, and others like them. In a brutally honest, comedic-filled graphic journal, Lev reflects on his romantic failures, his questionable life decisions, and the social constructs around him. It’s basically a 224-page-long Louis C.K monologue for 20somethings.

Next on my to-read-list are 3 magic realism short story collections: Willful Creatures by Aimee Bender, Sum: Forty Tales from the Afterlife by David Eagleman, and Little Kingdoms by Steven Millhauser.

Game of Thrones (Season 4 Episode 3). Besides the part where they changed what was written as a consensual sex scene into a horrible rape scene, this was a good episode. I share the concerns of many: that each story-line is only given a small fraction of time when I’d rather watch a whole episode about Khaleesi (or Sansa or Podrick or Bronn). That being said, I enjoyed the character development emphasis in this episode – particularly Tywin Lannister’s impromptu speech on what makes a good king. In other news, Rolling Stone rated the Top 40 Game of Thrones Characters, and I was very glad to find Sansa Stark at a happy #4.

This amazing website, Haruki-Music.com, exists as a catalog for every song that is mentioned in every novel by Haruki Murakimi. You can search by book, song, or song style, or browse the entire collection. You can listen to songs on the site, making it a perfect companion to the books themselves. I know I’ll be using it as I work away at 1Q84. 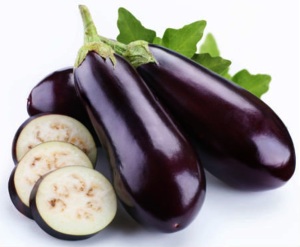 The older I get, the better the potlucks I attend become. When I was in undergrad we used to throw themed potlucks on an almost weekly basis – we’d pick a spice, or ingredient, or colour, and everyone had to shape their dish around the theme (I remember our Apple Themed dinner potluck was particularly challenging). Our recent reunion potlock wasn’t quite as themed, but it was delicious. I brought my tried and true Mediterranean Couscous Salad, which is a spin-off of this recipe. I add extra eggplant, extra garlic, oregano, and use goat cheese instead of feta. My salad has more eggplant than anything else, but no one ever notices! I guess eggplant is so absorbent that once you saute it with olive oil and garlic, and douse it with red wine vinegar, it’s indistinguishable.

Once a barista, always a barista. While nothing beats a freshly roasted artisan blend (Laughing Whale Coffee in Lunenburg NS, HasBeans in London Ontario, Fenwick Coffee in Niagara) I keep coming back to Zavida 100% Colombian Coffee for my daily brew. Fresh and smooth, with an interesting natural sweetness. That being said, I’ll never stop exploring new coffees, new cafes, and new lattes.

2 thoughts on “What I Loved This Week #2: Sarcastic Graphic Novels, Game of Thrones, Haruki Music, Eggplant, and Coffee Beans”