It’s been awhile since I’ve pumped out a What I Loved post: I’ve been busy! Busy with Books in the Park, moving to a new place, riding roller coasters, being a wedding guest, and attending all the festivals I can squeeze in. But here’s a summary of the best and weirdest I’ve read, watched, and went to recently: 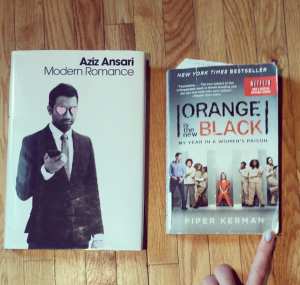 Orange Is The New Black by Piper Kerman – Who knew that the start of summer would initiate such an interest in true crime! I’ve had so many requests for True Crime lately, and have book-talked Orange Is The New Black (really, a heartfelt memoir with a splash of crime) so enthusiastically that I won myself over. This is one of the most entertaining and engrossing books I’ve read recently. It definitely helps that I am a major fan of the show (a highly exaggerated version of the book).

Rabbit Back Literature Society by Pasi Ilmari Jääskeläinen.Young literature teacher Ella grew up dreaming of an absurd literature society in her tiny town: Rabbit Back, Finland. One day she discovers a copy of Crime and Punishment with an unusual alternate ending. Soon enough she is swept up in a series of strange events including children’s authors, libraries, and possibly goblins. Rich with Finnish folklore and infused with just the right amount of whimsy, this book will touch anyone who’s dreamed of being a writer. So beautifully written and literary, I sense that this may be the most underrated novel of 2015. Author Jääskeläinen was kind enough to reply to my tweets, confirming my suspicion that he and Haruki Murakami are kindred spirits. 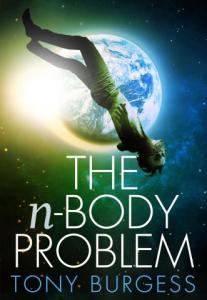 The n-Body Problem by Tony Burgess – A horrifying literary Canadian zombie apocalypse novel – only it turns out the zombie virus doesn’t make the undead violent or hungry, it just makes them really gross and hard to dispose of. After a few different attempts, the government decides to launch the 1 billion undead bodies into space…a good idea, except they orbit the earth and block out the sun. Physical and mental diseases are rampant, happiness seems a distant memory, and society crumbles. The story follows a Hunter, whose job is to catch Dixon the Seller. Sellers are employed by the government to convince towns full of survivors to end their lives. This is a pessimistic story that blurs the line between life and death. Just when you think things can’t get any worse … they do. It may be the most messed up book I’ve ever read, but it’s also philosophically intricate and full of literary depth. There’s something about horror that prods the imagination in unexpected ways.

Canada’s Wonderland – 5 times! Seasons passes have their perks. Danny and I have now completed our goal to ride every adult ride this summer. On Wednesday June 10th we rode every single roller coaster in one day – there were barely any line ups! A typical day for us at the park involves first going on a thrill ride to warm up – Cliff Hanger or Sledge Hammer, then trekking over to the obviously best rides in the park: Behemoth or Leviathan. Avoiding the wooden coasters like the plague, because of bruising. Riding The Fly 2 or 3 times. And going to the arcade to play Dance Dance Revolution if it rains too much.

Steel Rails – I was lucky enough to get tickets to Waterloo’s most exclusive art party on a train. 300 people met at Chainsaw and were schoolbused out to an undisclosed location. St. Jacobs. We were given stickers with words, mine was Mr.Hyde, and told to find our matches. We got off the bus and were greeted by a DINOSAUR, who I kissed, and herded onto the most magical train since the Hogwarts Express. During our picturesque journey, we wandered through cars of different themes: naked car, paper woodland car (where we made awesome masks), make your own map car, birthday party car (it was EVERYONE’S BIRTHDAY!). Oh and there were bars and food all throughout. At the end of our crazy, giggly, friendly ride, we were let loose in a barn with boozy snowcones, free food trucks, live dancy music, and all our new friends. Eventually we were bussed back to Chainsaw, were some of us preformed spirited karaoke. What an unbelievable night. 10/10, would board again.

My new apartment in Downtown Kitchener – I moved again! This time to the second to top floor of a high rise downtown. I’ve been able to easily attend many festivals and view many firework. I love my new view, my new coffee cart, my new balcony plants, and my new space.

The 100 Foot Journey: Sweet, savory, and just the tiniest bit cheesy – this movie will bring out the inner foodie in all of us. When an eccentric Indian family moves to France and purchases the restaurant across the road from Madame Mallory’s world-renowned French restaurant Le Saule Pleureur, a foodie battle ensues. Madame Mallory (Helen Mirren) cannot grasp the merits of Indian cuisine, and is not interested in any competition. However young chef Hassan turns out to be more than she expected. What lengths will she go to destroy her competition? Can they possibly work together for the good of all things food? This is a visually stunning movie about acceptance, tradition, the passionate mixture of cultures, and sea urchins.

Welcome To Me: Just hilarious. Every Kristen Wiig movie has that awkward, whimsical, endearing tone to it, and Welcome To Me nails it. After winning the lottery, Alice Klieg decides to spend most of her prize money on producing her own talk show called Welcome To Me. She rides in on a swan, discusses topics of interest to her, and hires actors to dramatically portray historical events in her life. Alice has a unique perspective on the world and struggles with borderline personality disorder. Of course her new life as producer and host of her own show starts to interfere with her already complicated relationships. Wiig is hysterically funny as always, but also genuine and tender. A surprisingly uplifting movie.

What did you love this week?

Today I realized that most people never get to see a beach in the snow. I love visiting the water on sunny days in the winter.
This might not be library related in any way, but just look at this snowy lovebug 🥰🥰🥰🥰🥰
While I am deeply missing the in person excitment of #OLASC this year, I have to say... being able to deliver my first major conference presentation from home as a prerecorded session was pretty ideal.
When you are trying really hard to record your conference presentation but keep messing up on the SAME FRIGGEN WORD 🤣🤣🤣
Mrs. Claus flew all the way from the North Pole just to do a virtual visit by the fireplace at my branch! Wow.
Literally impossible to take a photo where both a) I look cute and b) Eddie is looking at the camera 🤣🤦‍♀️