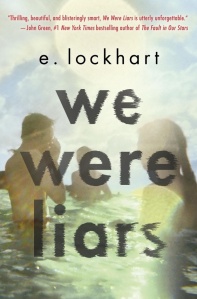 We Were Liars by E Lockhart: Don’t be fooled – even though the cover might make this look like a simple summer romance novel, it’s a psychological thriller through and through. Cadence suffered a traumatic brain injury during her 15th year on her family’s summer island. During her 17th year she struggles to piece together what happened to her and her 3 closest friends who retain their memories, but are definitely holding back a dark secret. Gripping and enjoyable with a seriously well done plot twist, We Were Liars explores issues of wealth, pride, and forgiveness; love, youth, and recklessness. The ending will haunt you for days. 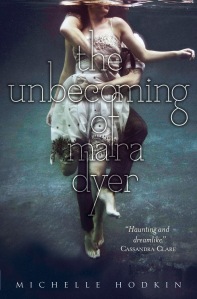 The Unbecoming of Mara Dyer by Michelle Hodkin: If you like your romantic stories with a dash of paranormal creepiness, than this is the book for you. Mara Dyer is the typical shy new girl at a snobby private school in Florida…except that she was recently involved in a horrific accident that killed 3 of her friends and left her completely unharmed. And without a memory of that night. Enter Noah – uber British hottie, total player, and kind of a genius. The magic-realist aspects, mixed with the traumatic experiences, and the everyday high school plot reminds me a lot of Meg Wolitzer’s excellent book “Belzhar.” A very fun, dark read.

Beauty Queens by Libba Bray: What would happen if a plane full of teen girls on their way to a beauty pageant crash landed on a tropical island? How would their perception of beauty change? Would they be able to defend themselves against giant monster snakes AND everyday skin blemishes? This book is a hilarious and inspirational satire on society’s influence on self-esteem, and our perceptions of race and gender. Plus there are hot pirates, boy bands, and a girl with a tray lodged in her head. How can you go wrong?! 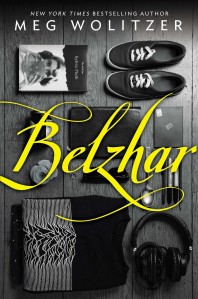 Belzhar by Meg Wolitzer: Belzhar, a deeply emotional fantasy story, is the first YA novel by award winning novelist Meg Wolitzer. After the tragic death of her first boyfriend, Jam is sent to a Vermont boarding school for “highly intelligent, emotional fragile” teens. She finds herself enrolled in Special Topic in English – a highly selective, mysterious class where the only readings on the syllabus are by Sylvia Plath. At first the journal writing assignment seems lame and cheesy. However, Jam soon she realizes that every time she writes in the journal she is transported to an alternate universe where her boyfriend is still alive, and they can be together. But what happens when the journal is filled? And is this actually the real Reeve? Are her classmates having the same experience? Belzhar has the emotion and humor of John Green’s The Fault In Our Stars, with a deep fantastical twist. Highly recommend for teens and other lovers of YA fiction.

This Song WIll Save Your Life by Leila Sales: Sixteen-year-old Elise has always achieved whatever she put her mind to – except for becoming popular. It seems that no matter how hard she tries, she can’t escape the bullying of her classmates. Months after a failed suicide attempt, Elise finds herself unable to sleep without long midnight walks. One night she stumbles across “the best underground dance club in the world,” and discovers a new ambition: become a DJ and learn how to read a crowd. She thrives in her secret life (making real friends, meeting a boy, and creating a real name for herself), but the bullying at school only gets worse. How long will she be able to keep her lives separate? This book is a wild ride (I binge-read it in one day!) full of self-discovery, laughs, and excellent playlists.

Isla and the Happily Ever After by Stephanie Perkins: While technically the 3rd book in the Anna and the French Kiss series, Isla could certainly stand alone as a deeply romantic high school love story / teen travel guide to Paris. Isla has been in love with Josh since freshman year at their French boarding school. Unfortunately, she’s too shy to talk to him. Even more unfortunately, for most of high school he’s been dating (and publicly making out with) his super hot, outspoken girlfriend Rashimi. Fast forward to the summer before their senior year: Isla runs into Josh sketching at a cafe. Thankfully, she was super drugged up on whatever they give you for wisdom teeth removal, which gave her the courage to talk to him. And flirt with him. And ask him to draw her. When she wakes up the next morning, she can barely believe what had happened, and eagerly awaits the beginning of the school year. Is it possible that he – the son of a senator and a wildly talented graphic artist – could like her? The shy, tiny, smart girl who always has her nose in a book? Spoiler alert: yes. Yes it is possible.

2 thoughts on “An Annotated List of My Favourite YA Books”