If you’re looking for an easy to plan, high energy, high appeal event to draw a crowd – look no further! I ran this Lego Build Tournament for 5-12 year olds and 50 eager builders showed up to show off their skills. It was a blast and I will definitely be running is at least twice a year. Here’s how I did it!

How It All Went Down

As kids poured into the room, they immediately circled around the stations and started building. I waited for 10 minutes after the start time to get the tournament started. All 50 attendees were given a Lego Tournament Score Card and a pencil. I explained that there would be 3 speed rounds, 1 creativity round, and a final blindfold challenge for the 5 finalists. After each round they would be scored on creativity and completion. They were allowed to work in teams for the first 3 rounds. I projected the Egg Timer website for the timer.

You should’ve seen the focus and determination of these kids. This was a serious competition! After each round a volunteer and I circled around the room giving each creation a score between 1-10 (but of course no one was given lower than a 7). While we judged, I projected videos from this Lego Youtube Playlist.

After the 4th round we counted up all the scores and I announced the top 5 builders. We opened up the sliding door to the connecting room to reveal the final challenge – a Blindfold Build! They had 5 minutes to build a person while blindfolded.

We judged their creations again based on creativity and completion. The champion was so excited to win The Lego Cup (a dollar store trophy with lego glued to the top, as though spilling out) and 2 passes to a local indoor playground. Runners up all received 3D printed Pikachus (which were a huge hit). I also gave away small prizes for the most creative builds after the Creativity Round 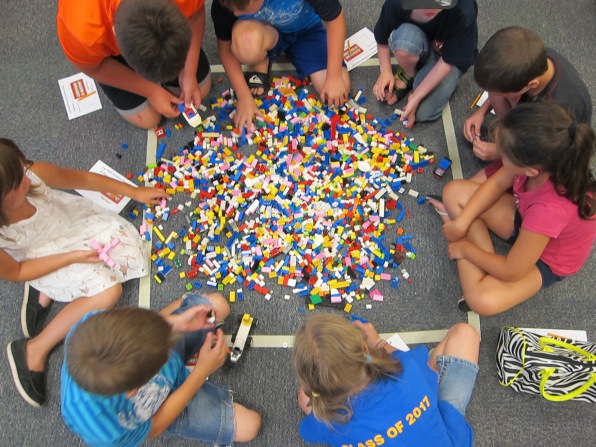 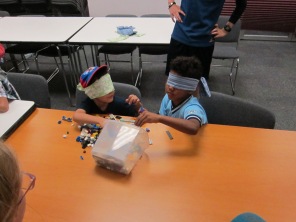 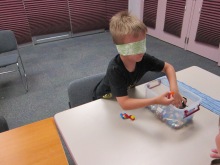 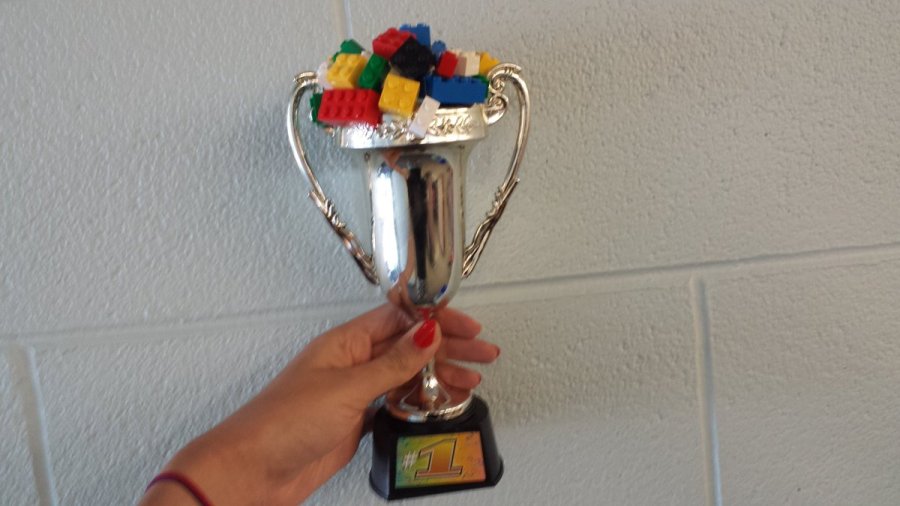