A new month means it’s time to swap out the book bin displays! In February I promoted “I Read Canadian Day” for kids, and “Romance…with a twist” for adults and teens. For March I created two book bin displays that focus on developing new skills. 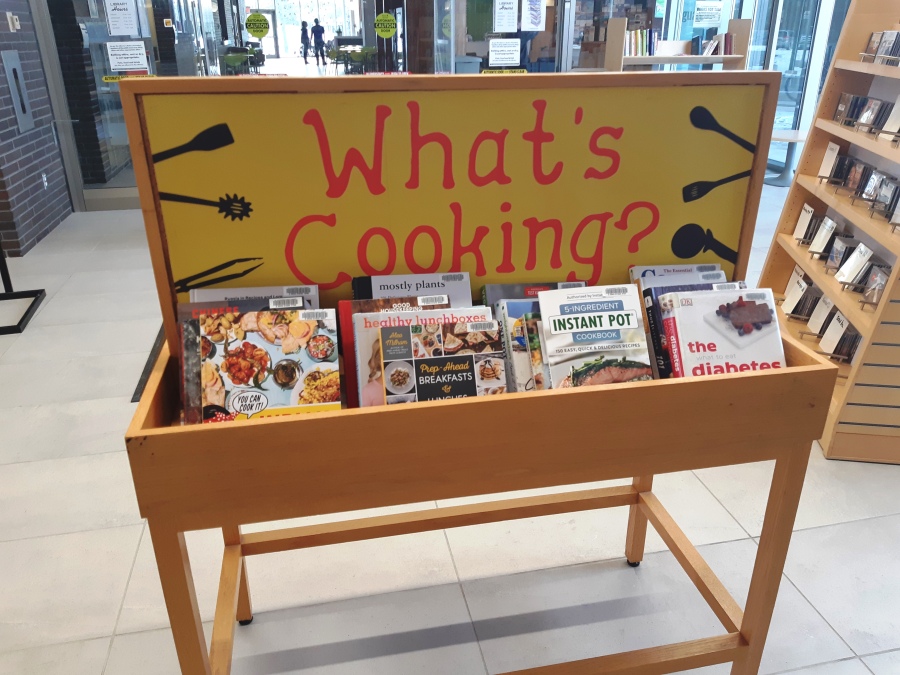 For the adult side I did a “What’s Cooking?” display. Six black silhouettes of cooking utensils form a border at either side of the display. The letters of “What’s Cooking?” are much larger than usual, taking up almost the entire space. Like most libraries, our cookbook collections is one of the most popular sections of non-fiction. The people who know about our cookbooks know exactly where to find them, but the majority of users never wander into the non-fiction section, let alone the cookbook section. I decided to feature it near the entrance to entice new cookbook borrowers.

I used a font appropriately named Apple Butter for the text. The I used the Cricut for every part of the display.

Brush Up on Your Skills

I thought this was a perfect choice for around March Break. Parents are preparing themselves and their kids for 5 days of free time – why not grab a book for inspiration! I included books on every possible skill I could find: chess, minecraft, fortnite, math, painting, drawing, crafts, rainbow loom, card making, guitar, washi tape, sports, creative writing, cooking, meditation, skateboarding. Feedback from parents has been great, and the books are moving fast.

Black silhouettes of paint brushes, tongs, a Minecraft pickaxe, a pencil, and a tennis racket surround and point towards the text at the center: BRUSH UP ON YOUR SKILLS. “Brush Up” is much larger than the rest of the phrase, and is mounted on a white blob, meant to look like a swipe of paint.

I used one of my alltime favourite fonts for the text: Watercolor. The Cricut cut everything out for this display, except the white paint blob. 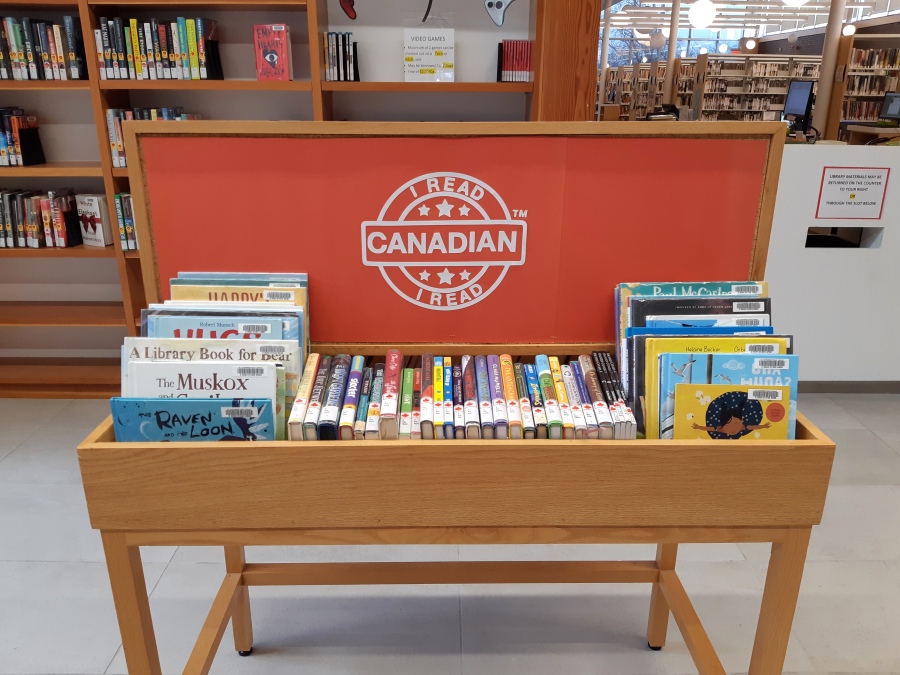 February 19, 2020 was the first ever I Read Canadian Day. A day to celebrate and read books written by Canadian authors. I decided to keep the display clean and to the point, and used the Cricut to cut out the logo for I Read Canadian Day. I did the logo in white, and mounted it on a red background. Maybe next year I’ll recreate it with the French logo beside the English logo, and fill the display with both French and English books. 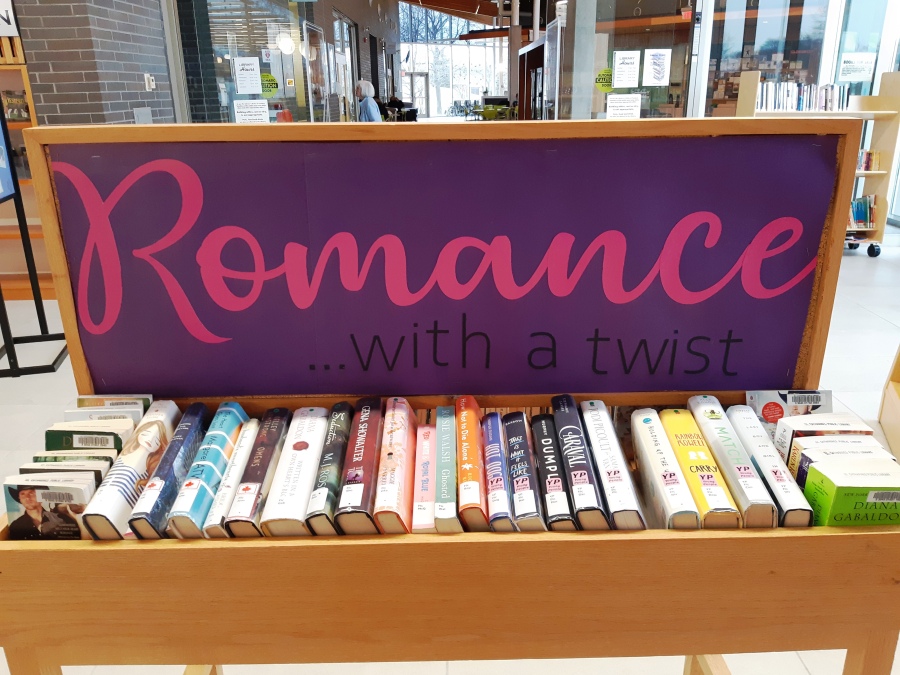 Traditional romance readers know where to find the books that they like, especially because my branch separates our paperbacks by genre. Rather than relocate a shelf of our Romance section to the book bin for a month, I decided to promote unconventional romantic novels. Basically anything that had elements of romance but wasn’t a realistic, contemporary Romance fit. Romance with time travel, thriller, fantasy, historical elements, or that featured diverse characters went in the bin. So did general and literary fiction that had romantic plots. I mixed Adult and Teen books together, and it worked well!

I used the beautiful script font Boulevard for “Romance,” and the simple font Bahnschrift Light for “…with a twist.”

What book displays did your public library do for February and March?

One thought on “Book Bin Displays: What’s Cooking, Brush Up On Your Skills, Romance…with a twist, and I Read Canadian Day”